Why I Don’t Say My Son ‘Committed’ Suicide 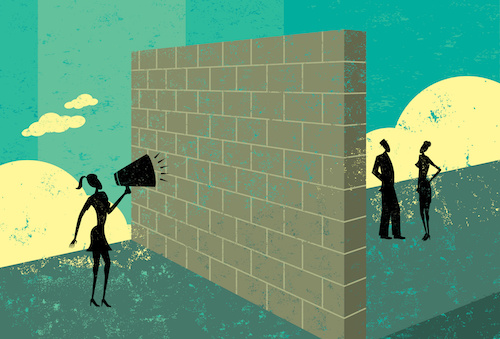 The news spread quickly. Two youths from the local high school had died over the weekend. “They committed suicide” were the words I heard to explain the tragic loss of two young people, who had their entire lives ahead of them.

It is common to hear those two words together—commit and suicide. I cringe when I hear it. They didn’t commit a crime. They died by suicide.

I am a survivor of suicide loss. After my son’s death, I was helpless to respond to the painful words that were spoken in hushed tones around me.

“Didn’t you see the signs?”

“Are they in heaven?”

“I wonder what went wrong in the family?”

I was unable to formulate responses to these false beliefs. I didn’t even know they were false. I just knew they held me hostage under a grief so powerful I could hardly breathe.

In short bursts of time when I could focus, I read. Books like “I’m Not Sick, I Don’t Need Help,” “The Burden of Sympathy – how families cope with mental illness,” and “Man’s Search for Meaning,” helped me understand the suffering my son endured was so deep that he would take his own life.

“Schizophrenia with delusional behaviors,” the doctor had said. Ryan was diagnosed with mental illness nine months before he died. In hindsight, I had seen signs, but I didn’t know they were signs of mental illness. I never even considered mental illness real. I just hoped he’d outgrow the anxiety, fear and worry that had wedged into his psyche. Sleeping too much, not wanting to go to school, avoiding social situations, becoming more isolated and failing grades were what I had dismissed as “normal” adolescence.

I am not alone. Sadly, I hear stories of other parents who thought their child would outgrow these behaviors, too. When these behaviors change someone’s personality, it could signal a growing mental illness.

I stopped really seeing my son because I thought I knew him by heart. I dismissed his complaints and his tears. I didn’t reach out to help him find his way because I was lost too.

Parents cannot look inside a child’s head to see what dark thoughts may be present, thoughts of worthlessness, of being a burden or thoughts of death. These are thoughts they can’t shake. Too ashamed to speak them aloud, our children suffer. To share these with another person they fear judgment, advice giving and not being taken seriously, or worse, feeling weak and powerless.

Without understanding that mental illness is an actual illness, they don’t get treatment. Without treatment, it can worsen over time and become a full-blown health crisis that requires hospitalization. Or even worse, it can result in suicide.

All too often the “s-word” strikes fear in our hearts—fear of the act itself, fear of the unknown or fear of getting too close because suicide might be contagious.

We must remove the shame and stigma from mental illness and suicide, as well as the judgment youth often fear from talking about their feelings and seeking help. We must do a better job of helping young people share their darkness so that parents, teachers and others can support them. We must listen with our hearts even if we quake with inadequacy when we hear the pain of our child. We need to know of their suffering in order to move toward treatment. Talking is only the first step.

We must remove the shame if we want to reduce and eventually prevent suicide in our time. We need to practice using the words “suicide” and “mental illness,” so they roll off our tongues as easily as “bubble gum” and “dish soap.” We need to face our fear that asking questions about suicide will give our loved ones the idea this could be an option.

With understanding comes a responsibility to educate others to effect change in the words we use when referring to someone with depression, anxiety or any other mental illness. We can increase our understanding of mental illness and suicide. We can open the dialogue. We can stop blaming the families or blaming the ones who took their lives. There is no blame in suicide, only sadness and loss.

I didn’t understand then, but I do now.

These truths eluded me for a long time. Sometimes truth must hold the darkness before it can shine the light.

Desiree Woodland lives with her husband live in Albuquerque, New Mexico. After Ryan’s suicide, Desiree wrote a book called I Still Believe. She retired after 19 years of teaching to promote the use of a curriculum in NM schools called Breaking the Silence NM, which teaches youth mental illness and suicide awareness. She serves on the board of Survivors of Suicide ABQ and co-facilitates the suicide survivor group, as well as a mother’s group for suicide loss. She works at the Grief Resource Center in Albuquerque, NM.

Note: This article was previously published on The Mighty in June 2016.

This message is only visible to site admins
Problem displaying Facebook posts. Backup cache in use.

Error: An access token is required to request this resource.
Type: OAuthException

We are having another NAMI Family to Family class vía Zoom. Register today at namivalleyofthesun.org, underneath the “Get Support” tab there is a sign up link. ... See MoreSee Less

Here’s our weekly schedule of upcoming events we have! If you want to register for a class, there is still time! ... See MoreSee Less

Whenever we are mentally and emotionally exhausted, we might not realize it so here’s some warning signs #myths #health #mentalhealthawareness #suicideprevention #warningsigns ... See MoreSee Less

We all have our up and down days. You’ll get back to where you want to be when you’re ready #September #suicideprevention #suicideawarenessmonth #positive #itsokaynottobeokay #upanddown ... See MoreSee Less

I hope you know that the world is better because you are in it. ✨ #mentalhealthmatters #suicideprevention #september #youmatter #youareworthit ... See MoreSee Less